The Mellon Family are third generation farmers. Archie was stationed in Yuma during WWII and he liked it so much in 1945 he decided to stay. He began farming in the Gila Valley and over the years expanded the operations to include the Yuma Valley. Archie had three sons; his middle son Doug began farming with his dad as a young boy, acquiring his first farm in 1961. Doug married Pamela Simons from Yuma in 1965. They incorporated Doug Mellon Farms, Inc. in Arizona in 1976 for the purpose of farming. Doug went on to expand the operations to include land in Dome Valley and the Wellton area as well as the Yuma and Gila Valleys.

Doug and Pam have three children, Colin, Todd, and Cory, who have all chosen to continue in the family business. Colin and Todd received their degrees in Agriculture from the University of Arizona, Cory received his degree from California Polytechnic State University in San Luis Obispo, California. The three sons incorporated Doug Mellon Farms II, Inc. in 2008 and have assumed the management of the operation.

The Mellon family continues to pass down a strong commitment to the land, the community, and their people. While the third generation assumes management, the fourth generation is active in FFA and/or 4-H, as well as continuing their education. This family tradition carries over into the fields as well. Many of Mellon Farms’ employees are also second and third generation; the family names Urias and Banuelos are just two that have figured prominently over the years. As Doug says, “We don’t tell them how to do their job; we ask them how we can help them do it.” 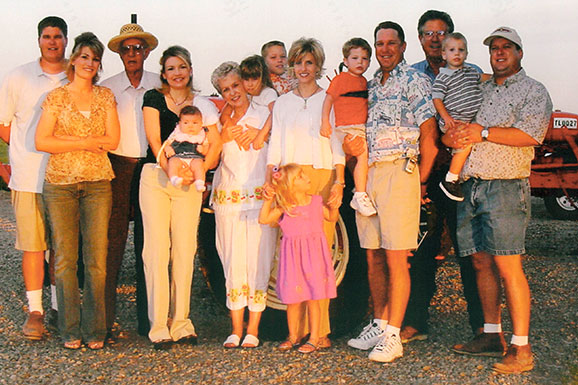